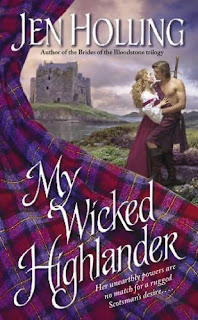 “So, I’m your prisoner now?” Isobel snapped. “I wonder what my father will think of this?”

“He’ll take a strap to yer arse when I tell him about yer behavior.”

Her face flushed and her mouth flattened. Phillip was afraid she might explode. He stared back at her, brows raised.

“Perhaps you should save him the trouble,” she said. A wicked grin pulled at his lips as he imagined it. “All you have to do is ask, lass – I’d be happy to oblige.”

Times are dangerous for women in Scotland. The scottish king has determined that every village, every town can administer justice on alleged witches and everyone who associates with them. The country is consumed by the persecution of witches. One only has to point at a woman, the word witch merely needs to be mentioned and said woman is a dead woman walking. Women are massively thrown on the stake and dying a gruesome death.

After her mother Lilian died on the stake, 12-year old Isobel MacDonell is sent to friends in England by her father for her own safety. Her two sisters Gillian and Rose are sent away too. Isobel can not contact them. She grows up in England, becomes an adult, but she is always considered a misfit. For Isobel has the same gift her mother had. She can see people’s past and future by holding an object of theirs. She knows she has to be very careful with it because it can land her on the stake. But she is headstrong, stubborn, enchanting, helpful and she thinks she is being careful enough. She thinks her father has forgotten about her until Sir Philip Kilpatrick appears on her doorstep. He is to escort her home, her father has married her and her sisters off. Isobel has to marry the duke of Kincreag.

Sir Philip Kilpatrick doesn’t believe in witches, he’s escorting a girl home because of his friendship with her father Alan. Alan is very ill and dying but Isobel is not to know of this. He has enough problems of his own, his younger halfsister is missing and his stephmother blames him for it. He is weighed down by feelings of guilt. He has been searching in vain for his sister for years. His father wants him to show more interest for the estate he will one day inherit and then there is his evil illegal brother who is more than willing to take his inheritance away and will stop at nothing to do so.

On the way home besides all the troubles they already have they are also having problems with each other. He changes his minds about witches en because of her gift starts believing in their existence. Unfortunately her gift causes danger to them several times. They are attracted to each other, Isobel and Philip fall in love, Isobel wants to help him find his sister. Philip wants to marry her but Isobel feels obliged to honor her father’s dying wish, after all she’s already engaged to the duke. Philip goes away to look for his sister en doesn’t want to see her marrying the duke. Isobel wants to make the best of it with the duke and is convinced she will succeed. Until she meets the duke. He is very handsome....and cold as ice. She doesn’t want to marry him. When she finds out dat Philip’s life is in danger because of her, her choice is soon made en she ends up in trouble.

This is the first book of The MacDonell Brides Trilogy, a fun read, especially the hero in this book is to die for! There are many great and temperamentful dialogues between Philip and Isobel in this book en the secondary characters are nice.