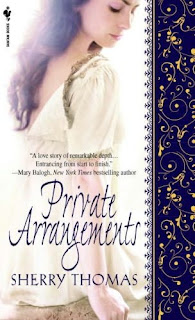 The richest heiress of England, Gigi Rowland, wants to snatch herself a husband, a duke no less, and she will stop at nothing to achieve it. All her plans fall through when her duke dies before the wedding. Then she meets Camden Saybrook and their attraction is immediate, however, Camden has promised to marry another lady. Gigi is not the person to let things drift so she schemes to make sure the other woman is out of the picture. Camden and Gigi marry and Gigi has their whole life meticulously planned. But the morning after the wedding all her plans crumble to dust when Camden confronts her with her scheming and abandons her…

Camden Saybrook has never been in love before until he meets Gigi Rowland. He has never been happier in his life then during their courtship. Then one day before the wedding he finds out that Gigi has taken matters in her own hands and that their future is based on manipulation, he feels hurt and betrayed by the one woman who means everything to him. The thought of being around her sickens him and he seeks vengeance. He leaves her right after the wedding night, determined to never lay his eyes on her again..

Ten years later… Gigi has built a life for herself and she is very happy with another man, she wants to be free to marry him, so she asked Camden for a divorce. When Camden receives her letter he is in shock, he finds out that he really does not want to divorce Gigi so he returns to London with his own demand. He wants an heir and only if she conceives and gives birth to his son will he release her…

Private Arrangements is first novel by Sherry Thomas and it is an astounding read. I was expecting yet another typical historical story and therefore I was completely knocked of my feet by it. Sherry Thomas’ writing is like a breath of fresh air, there are no sugar-coated interactions whatsoever, it is raw and intense and that makes you cherish and devour every single page of this book.

Her family is rich and lacks nothing but there is one thing they don’t have, a title. Gigi is ruthless to achieve this, she does not think of the consequences for others and thinks that everything can be bought as long as she gets what she wants. Camden has taught her a valuable lesson, now ten years later Gigi has matured into this beautiful, gentle woman and has left all her scheming behind her. But she also is strong and determined to find happiness again, she will not be intimidated by her husband just because she made a mistake in the past.

Although he is a gentleman, his family is poor. Camden is a handsome, honorable and likeable man who stands by his word once he has given it. He takes care of his family and friends, he values honesty and trust. So when he finds out that Gigi has manipulated him to get married he can no longer be with her. Their interactions are heated, blunt, cynical and sometimes rude. They almost scream from the pages and still you want to read more.

Gigi to Camden and vice versa:

“You want an heir from me? Now?” “I couldn’t stand the thought of bedding you before now.” “Really?” She laughed, though she’d have preferred to smash an inkwell against his temple. “You liked it well enough last time.” “The performance of a lifetime,” he said easily. “And I was a good thespian to begin with.”

As side-characters we get to meet the charming but dominant mother of Gigi, Victoria. She is already scheming to find her daughter another duke just in case that Camden and Gigi cannot work out their problems. We also meet the Duke of Perrin, who is more interested in Victoria than in Gigi, he sees right through her schemes. So maybe Victoria’s dream may come true after all, their interactions are hilarious. And then there is Freddie, the man Gigi wants to marry. He is a nice, shy guy who likes to paint, but everyone except for Gigi can see that in the end he cannot make her happy. The characters all have their own flaws, but they are all charming and their flaws make them come alive and therefore become very real.

The settings are beautifully described, basically this story has a main plotline, Camden and Gigi who are of course in the spotlight and then you have a subplot, namely Victoria and the Duke of Perrin. The only thing that some readers may find a bit annoying is the constant to and fro between the past and the present, that makes it a bit difficult to keep up with the main plotline.

There is a new writer on the block and her name is Sherry Thomas! Her writing is one of a kind, she gives new meaning to the traditional historical novel by displaying an unusual, heated romance, raw emotions and blunt interactions. Her plotlines are original and her characters are to die for, Private Arrangements is a compulsory read for romance lovers!
4,5 stars
at 2:21 PM