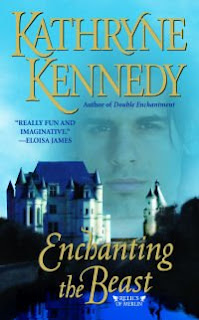 It is the year 1861, where magic rules Victorian England, where the amount of magic you possess is based on your rank, where commoners don’t own any magic, where shape-shifters are immune to magic and therefore see through every spell crafted by the peerage to maintain their superior social status. This makes them unloved by all but the Crown. For the Crown needs the shifters to protect the relics of Merlin, these relics each contain a magic so strong that it cannot be equaled by any other kind of magic. If a relic ends up in the wrong hands the outcome will be incalculable, therefore they must stay hidden and forgotten.

Sir Nicodemus (Nico) Wulfson, Baronet of Grimspell Castle, has come to London to seek help for his brother Roy who is being haunted by ghosts. Nico does not believe in ghosts but his brother’s health is at stake and so he is looking for a convincing charlatan who can help his brother. Phil seems to be exactly the person he has been looking for and he quickly secures her help. But the instant attraction he feels for her makes the wolf in him roar and now he is haunted too for he cannot think about anything else but making her his own, his mate.

Lady Philomena (Phil) Radcliff has always been a bit of a misfit among the peerage for she can see and talk to ghosts. She earns her living with séances and she cannot refuse Nico’s generous offer. So she packs her things and leaves for Grimspell Castle to hunt the ghosts who disturb the peace at the castle. She soon discovers that the ghosts are upset about something and that she is not only the hunter but also the prey of one very persistent, drop dead gorgeous wolf that wants to claim and mate her...

Every once in a while you get addicted to a series that truly stands out in the crowd between the many historical, paranormal and other romance series out there. Kathryne Kennedy’s Relics of Merlin series is such a series. It has this unique vibe; it is refreshing and totally addictive to read. Part 1, Enchanting the Lady, got me hooked on this series, Double Enchantment made the addiction worse and as expected, this part Enchanting the Beast, had me spellbound once again.

Phil is a beautiful lady, 40 years of age. She is independent, headstrong and bold. She is also considerate, courteous, a bit lonely and she always wanted to be a mother. The men in her life couldn’t handle her talent and always left and over the years her wish to be blessed with children of her own evaporated. Never in her life has she felt the attraction she now feels for Nico, but she struggles with the age difference. She is afraid that Nico’s infatuation with her is only temporary and she uses the age gap as a shield to protect herself from being hurt again. But by doing so she denies herself what she wants most, to be loved by someone.

As a baronet Nico is a shape-shifter. He is tall, handsome, has beautiful multicolored hair and has this devastating wolfish smile. He acts and moves like a predator, this makes him very intimidating but all of this comes natural to him for his were-form is a wolf. As the alpha male of his pack he emanates masculine, raw power but he is also gentle, tender and protective. His past still haunts him every night and the beast in him is fighting to get a hold on him. Phil soothes the wolf in him and makes him feel peaceful. Nico and Phil’s interactions are intense, sizzling and dynamic.

“What are you?” He didn’t ask what she meant. “Surely you ‘ve guessed? My were-form is a wolf, Lady Philomena Radcliff. I eat young girls for dinner.” And he turned on his heel and left. Phil shuddered to think of what he did to older women.

Although Nico and Phil steal the spotlight, there really is a variety of energetic secondary characters that all add their own unique input. The story is really soaked with a multi-colored collection of shape-shifters. Many different were-forms pass in review, the villagers, Nico’s pack-members and Sarah who is Phil’s loyal servant, they all are shape-shifters. Then there is Tup, the ghost of a street kid, he is also Phil’s spiritual guide. He will steal your heart. Phil is convinced he needs her for a reason but it is really Phil who needs Tup but she does not realize that. Another character that caught my eye is Edwina, the wife of Roy. She is really an annoying and spoiled young woman.

I must admit that I expected a similar story based on the previous parts in the series and although I liked it right away it took me a bit by surprise. One big contrast is that this story takes place in the country and not the city. The plotline is also built up differently; the relic does not appear until ¾ of the story. While reading I was wondering when the relic would emerge, I realized later that it was there the whole time, only it is very well hidden in the storyline. A murder complicates things further for the main characters and spice up the story even more, the romance plot develops slowly but believable despite the age gap. All these plotlines are linked and brought together perfectly in the end. The end was spectacular, surprising and satisfying.

Kathryne Kennedy knows how to pen down a historical setting and blends this effortlessly with magic, myth, suspense and romance. By doing so she gives the whole story a fairy-like vibe and the many magical creatures like the stickmen who live in the enchanted forest and the hay-fairies add to this vibe. Kathryne Kennedy keeps you spellbound with her fluent writing, lively and witty dialogues and rounded characters.

Enchanting the Beast is bewitching, fast-paced, action-filled and moving. Once again, Kathryne Kennedy has delivered an outstanding part in the Relics of Merlin series. I truly enjoyed reading it and I am curious what she will dish out in future parts. It will be a long wait for the next part.

Enchanting the Beast is sure to enchant you for it is a phenomenal read!